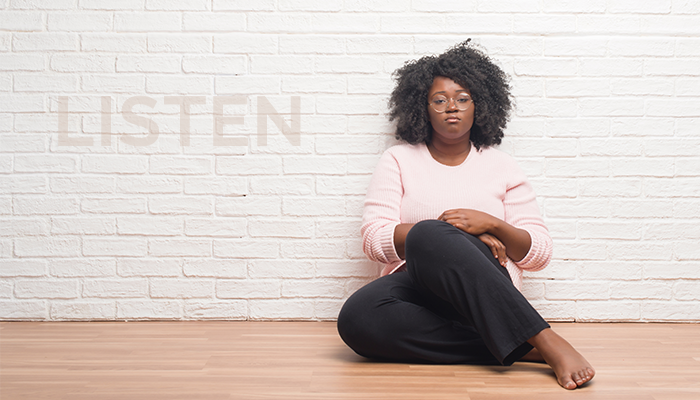 With the recent allegations against the Supreme Court nominee Brett Kavanaugh, I have heard repeatedly the question of why she did not come out sooner and tell her story. Doubt, blame, and re-victimization from our own President fuels others to bring into question the validity of accusers. This is not new and, for those who have not experienced sexual abuse, can be difficult to understand.

One of my friends recently shared her personal story and it so strongly supported some of the primary reason’s why people choose to highly guard their secrets of abuse, I asked her if I could share it with you.

When I was a sophomore in high school, I was in a school play. I smiled a lot, during the serious scenes, and the Director, the high school theatre teacher, told me that if I smiled one more time, she was going to line everyone up and let them pinch me. I smiled. She lined all the kids up, fellow students, peers, friends. And then directed them to pinch me. It was my underarm. These kids pinched hard. I was physically hurt and emotionally wrecked. I had an awful bruise on my arm that was bigger than a softball and it took weeks to disappear.

I didn’t tell ANYONE. Why? Because if I told my parents, they would pull me out of theatre, the thing that I loved. This teacher, who seemed so beloved by everyone, would get into trouble. And the kids who already were assholes would make my life even more of a living hell than it already was. There were twenty some kids and another teacher who witnessed this, more than a handful who took part and none of them stood up for me. So what could I do?

When she stepped down as theatre teacher at the end of the year, other kids cried. But I silently rejoiced. I never said anything. But you can be damned sure that if she had ever been in the running for teacher of the year in the years after I graduated, I absolutely would have let someone know.

Those kids that she directed to physically hurt me have grown up. Some are now teachers themselves. In that same school. And I wonder what they took away from that moment. Did they internalize that cruelty?

High school was hell. Teachers put in the position of protecting kids were able to hurt them without any repercussions because they wielded power of who made the show and who did not. And if you just want to make the show, you keep quiet.

I believe women. Because there’s no statute of limitations on needing to protect yourself.

When I read her story, I think about the level of peer pressure teenagers experience while in high school. Becoming independent while longing to belong is always in conflict. To claim something happened to a beloved teacher or coach can be social suicide. One of my friends in high school just recently shared her story of our band instructor being inappropriate with her and not being able to share what happened because of his level of popularity – it was just too risky and shameful.

To say something didn’t happen because you cannot remember every detail of when and where the incident occurred is ludicrous. I strongly believe in “innocent before proven guilty,” but I also vehemently believe that victims should be heard and investigations should be thorough. According to the FBI, “Only about 2% of all rape and related sex charges are determined to be false, the same percentage as for other felonies.” More importantly, the Department of Justice reports that 2 out of 3 cases of sexual assault go unreported.

The next time you hear of a case of sexual assault, I urge you to listen to the victim and acknowledge them as humans exposing a very raw part of their being. I urge you to hold judgment until all the known facts can come to light and are investigated. I ask you to find compassion and patience within yourself.

This website uses cookies to improve your experience while you navigate through the website. Out of these cookies, the cookies that are categorized as necessary are stored on your browser as they are essential for the working of basic functionalities of the website. We also use third-party cookies that help us analyze and understand how you use this website. These cookies will be stored in your browser only with your consent. You also have the option to opt-out of these cookies. But opting out of some of these cookies may have an effect on your browsing experience.
Necessary Always Enabled
Necessary cookies are absolutely essential for the website to function properly. This category only includes cookies that ensures basic functionalities and security features of the website. These cookies do not store any personal information.
Non-necessary
Any cookies that may not be particularly necessary for the website to function and is used specifically to collect user personal data via analytics, ads, other embedded contents are termed as non-necessary cookies. It is mandatory to procure user consent prior to running these cookies on your website.
SAVE & ACCEPT
Translate »
Change Location
Find awesome listings near you!
Safety Exit