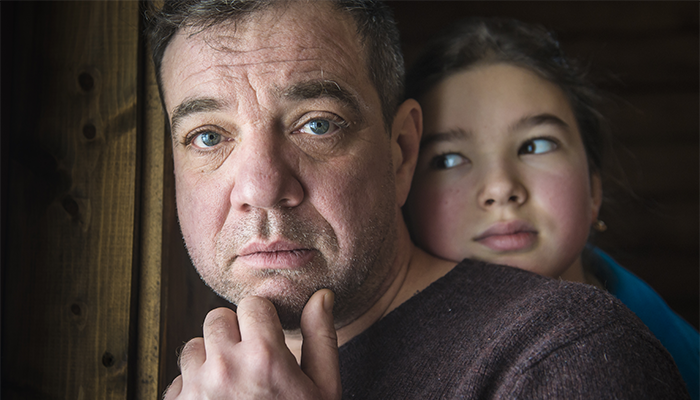 Recently I read Monica Hesse’s Washington Post article, “Dear dads: Your daughters told me about their assaults. This is why they never told you.” and found it extremely insightful. In fact, it made me wonder if we as survivors, we’re not hindering our own path to change. Now, before you start getting upset and calling me insensitive, I want you to consider the following.

The article explains why so many women never told their dads about the abuse they endured as children or young adults. They hid their secrets out of embarrassment, perceived taboos, and a sense of protective responsibility.

“To all the fathers of all the silent victims: Your children are quietly carrying these stories, not because they can’t handle their emotions but because they’re worried that you can’t. They are worried that your emotions will have too many consequences. Or they fear you won’t think of them the same way. Or that you’ll be distraught because you didn’t protect them.”

But I put it out there that by the nature of not involving them, by protecting them, we have made it impossible for them to really understand harassment and sexual assault. We passionately change that which we relate to and see an injustice.

For parents that have not lost a child to cancer, are you so dedicated to the eradication of it that you’d transition your entire lives to setting up lemonade stands all over the country to raise money to fund a cure? For loved ones caring for someone who has suffered a paralyzing injury due to an accident, are you campaigning for the latest medical technologies to give them back mobility in their lives?

The idea is the same – tragedy affects change and sexual assault is tragic. It is not necessarily as outwardly visible as death or physical disabilities, but inwardly it is devastating. For some, it is a life sentence.

If stories were shared and fathers were told, I believe it would become much more personal for them. They could identify with the hardship and pain, but in a way that would make them advocates for a change instead of unwilling silent observers of stories they don’t understand and for which cannot relate. I believe they would become a member of a different movement, the #MyKidToo movement of bystanders that calls out inappropriate behavior and starts affecting systemic change.

So daughters, when you’re ready, take a deep breath, grab some tissues and have that tough conversation. In fact, share it with any or all the safe men in your life. Bring them into the fold of advocacy and let’s affect change. Let them be bold and help you.

And for the one-in-six men that have also been victims, grab your moms, aunts, sisters and other safe women in your life. You too deserve to be heard and should have a voice. It’s time to move past stigma and create a supportive tribe for a changed society.

This website uses cookies to improve your experience while you navigate through the website. Out of these cookies, the cookies that are categorized as necessary are stored on your browser as they are essential for the working of basic functionalities of the website. We also use third-party cookies that help us analyze and understand how you use this website. These cookies will be stored in your browser only with your consent. You also have the option to opt-out of these cookies. But opting out of some of these cookies may have an effect on your browsing experience.
Necessary Always Enabled
Necessary cookies are absolutely essential for the website to function properly. This category only includes cookies that ensures basic functionalities and security features of the website. These cookies do not store any personal information.
Non-necessary
Any cookies that may not be particularly necessary for the website to function and is used specifically to collect user personal data via analytics, ads, other embedded contents are termed as non-necessary cookies. It is mandatory to procure user consent prior to running these cookies on your website.
SAVE & ACCEPT
Translate »
Change Location
Find awesome listings near you!