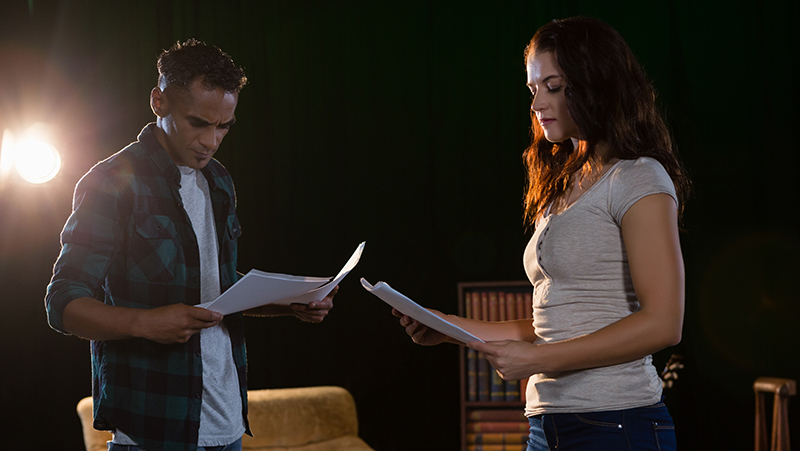 When a victim recounts their abuse, they often face an uphill battle of doubt and unbelievability. If studies show that 81% of females and 43% of males face harassment, abuse, and/or assault in their lifetime1, why is it so hard for us to believe them?

I was being abused on a regular basis as a kid and it escalated throughout the years. Being a teenager was hard enough – everything was drama, hormones, embarrassing moments, self-esteem issues – but wearing the burden of being a domestic violence victim was not a roll I wanted to share. Instead like most victims, I chose to become the master of disguise. I was a consummate actor.

There was also the issue of doubt. Emotional abuse starts subtly, causing you to question your perception of reality including your own emotions and reactions. Without documentation, there is no record of how those subtle comments and digs turned to demands and yelling, then eventually isolation, threats, and physical abuse.

My every moment was consumed with appearing secure and happy. I smiled so much my cheeks would hurt when I got home. I was careful to guide controversial conversations into lighter topics to avoid becoming emotional. No one had a clue. Even my boyfriend, whom I dated for three years, had no idea. He saw me cry more than I should have, but I’m sure just thought that’s how teenage girls acted.

As a young adult, I poured myself into my work. Anything less than perfection was failure and appearances were everything.

The problem is, when you work so hard to create this false persona, it’s easy to convince others that’s how things really are. When you try to go back and tell those that “knew you so well” that the whole time you’d been lying about your life, it makes it difficult for them to believe you, to relate to you, and to identify with you. If your abuser came across as a likable person, your quick flip can result in them distancing from you and siding with them. After all, how can someone so personable do such horrific things? How could they not see any signs?

They were unable to believe you because you became the consummate actor. You did your job so well that no one can believe the reality. It’s unfathomable.

77% of domestic violence cases go unreported. One of the primary reasons is because the victim feels he or she will not be believed. Of the 23% that do go reported, 80% of them are dismissed without further action, primarily because of lack of credible evidence.2

Coming out as a victim is complicated and, in some cases, life-threatening. But I urge you to pick one safe person, a trusted confidante to share that your life is not what it seems. Being on the receiving end of a victim’s admission is a big responsibility, one that holds the promise of trust, empathy, love, patience, and strength. If there is one person that can have your back when you are ready to transition out of the abuse, it will make it easier for you. That one person will believe you.

They will know the real actor behind the role.

This website uses cookies to improve your experience while you navigate through the website. Out of these cookies, the cookies that are categorized as necessary are stored on your browser as they are essential for the working of basic functionalities of the website. We also use third-party cookies that help us analyze and understand how you use this website. These cookies will be stored in your browser only with your consent. You also have the option to opt-out of these cookies. But opting out of some of these cookies may have an effect on your browsing experience.
Necessary Always Enabled
Necessary cookies are absolutely essential for the website to function properly. This category only includes cookies that ensures basic functionalities and security features of the website. These cookies do not store any personal information.
Non-necessary
Any cookies that may not be particularly necessary for the website to function and is used specifically to collect user personal data via analytics, ads, other embedded contents are termed as non-necessary cookies. It is mandatory to procure user consent prior to running these cookies on your website.
SAVE & ACCEPT
Translate »
Change Location
Find awesome listings near you!
Safety Exit