DELAWARE is considered an All-Party Consent State, in that all people involved in the recorded communication must give permission.
As per the Justia website1,

At least one party must consent to recording in-person or phone conversations under Delaware law, though state statutes conflict somewhat. Under the state’s wiretapping law, it is lawful for someone to intercept a communication as long as they themselves or another party to the conversation consents, and if the interception does not serve to further criminal, tortious, or other unlawful activity. But under the state’s privacy law, which is older, all parties to a conversation must consent to recording. This is counterbalanced by a 1975 Delaware federal district court opinion, U.S. v. Vespe, which interpreted the privacy law to reflect the federal rule that only one party needs to consent to recording. Violation of the wiretapping law is a felony, and can also provide the basis for actual and punitive damages in a civil suit. Violation of the privacy law is a misdemeanor. 11 DE Code § 2402 (wiretapping definition & criminal penalty), § 2409 (wiretapping civil liability), § 1335 (privacy violation definition & penalty), U.S. v. Vespe, 389 F. Supp. 1359 (D. Del. 1975) 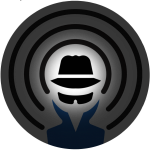 VictimsVoice can ensure compliance for your evidence.

Video surveillance laws differ greatly from state to state. There’s a total lack of federal laws prohibiting video surveillance in public, in the workplace, and elsewhere, sometimes known as CCTV, or closed-circuit television. Most states allow this surveillance to occur, but there are some small exceptions and some circumstances that require monitoring on a case-by-case basis.

Federal and state laws differ as to the legality of recording phone calls and conversations. Determining which jurisdiction’s law controls in cases involving recording devices or parties in multiple states can be complex, so it is likely best to adhere to the strictest applicable law when in doubt, and/or get the clear consent of all parties before recording.

If you discover any of the above information has changed, is outdated, or is otherwise incorrect before we do, please drop us an email and let us know.  Thank you.